Jurassic Park In Mazatlan
From now (November 2003) until early next year there is an animated Dinosaur exhibit at the Bosque de la Ciudad, (The City Park). The admission is 25 pesos, and the exhibit is open every day except Mondays from 10am until 4pm. 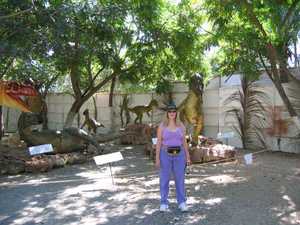 This guy looks like he's up to something fishy. 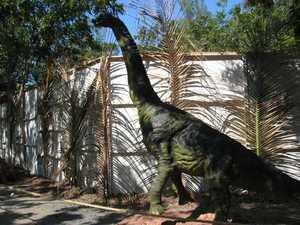 This guy is looking for something in the trees! 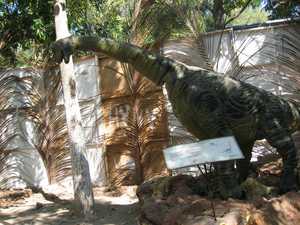 He Moves!! I guess he found what he wanted down below on the ground! 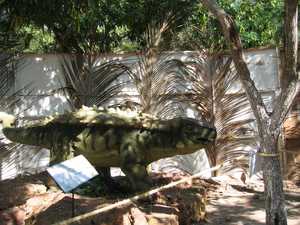 I think this one would make a nice companion for Gatita. 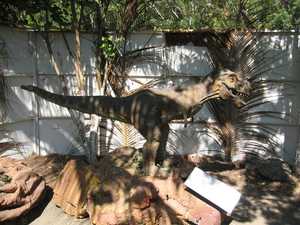 The feared Tyrannosaurus. He doesn't look so tough. 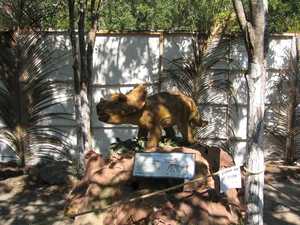 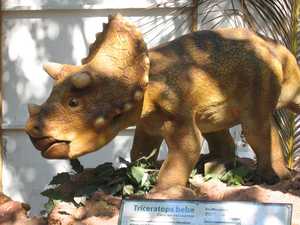 And a close up of the same.
Quote of the day:
If I have any beliefs about immortality, it is that certain dogs I have known will go to heaven, and very, very few persons.
James Thurber