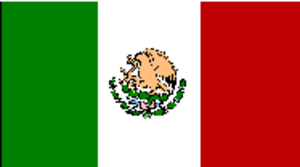 For a different slant on some Mexican history, you may wish to learn about the people who appear on the current crop of peso notes. They range from revolutionaries to nuns, and provide an interesting glimpse into the national heroes of Mexico.

Quote of the day:
People who want to share their religious views with you, almost never want you to share yours with them.
Dave Barry