Images of Mazatlan from Long Ago

Muchas Gracis to Peche, who supplied the following photos and text about his favorite project, the History of Mazatlan. 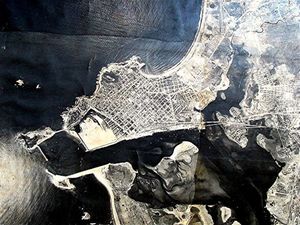 Mazatlan in 1957, just after the works to fill with sand what actually is the Playa Sur Colonia. Center right shows the Estero del Infiernillo, that is fed by Arroyo de los Javalines ( right upper corner of picture ) that looks like a snake. 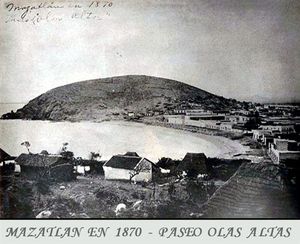 One of the oldest pictures of paseo olas altas, taken in 1870. 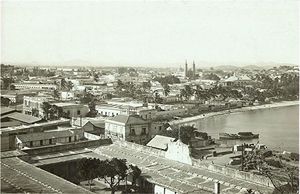 The foreground shows the custom house just besides the playa sur beach, where a very good dock installation served for very important maritime commerce between Mazatlan and overseas ports in the end of 18th century

Another very old view of calle Venustiano Carranza, showing the train rails along the street used to load and onload items in the custom house dock. 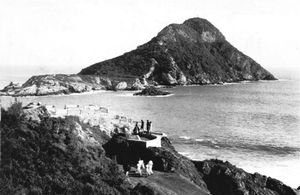 Paseo del Centenario in the foreground, Glorieta Germania and the light house of Mazatlan around 1930 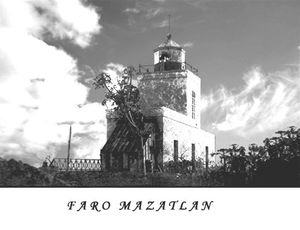 The light house of Mazatlan in 1890. It is the second highest natural light house in the world and ligth can be seen from 30 nautical miles. 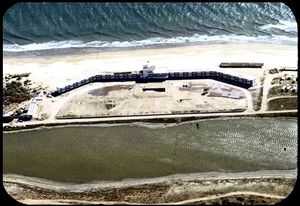 Hotel Playa in 1950. The lagoon in the foreground today is the Zona Dorada. 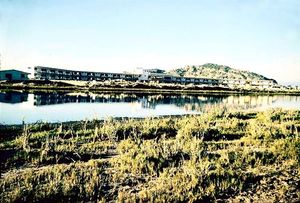 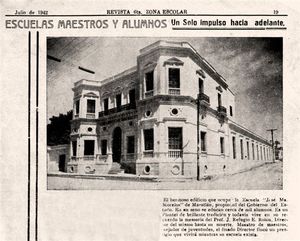 Building of Escuela Morelos in Constitucion street. It was demolished during the administration of mayor of mazatlan Ricardo Urquijo and a new much inferior facility for the school was built in same place. This is called progress. 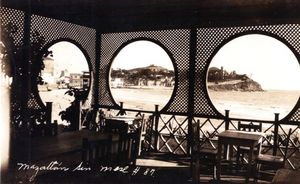 The view from inside Carpa Olivera, which was a big bar, restaurant and swimming pool, as was built over the rocks inside the ocean. 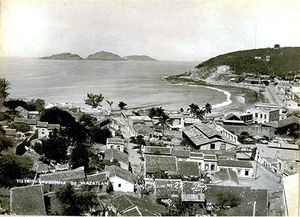 A view of the Paseo Olas Altas.

The best picture ever taken of Mazatlan in 1933. 3 pictures with a very high resolution were used to form this one, and it is becoming a classic picture above the traditional one of Olas Altas. 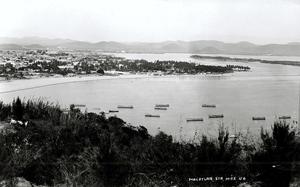 This one is the right third part of previous picture of Mazatlan in 1933. 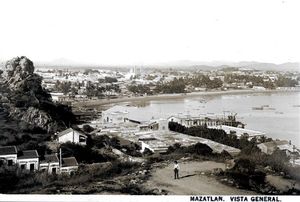 Cerro de la Cruz in the left, and a magnificent view of old Mazatlan in 1910.
Quote of the day:
If you pick up a starving dog and make him prosperous, he will not bite you; that is the principal difference between a dog and a man.
Mark Twain